For too long, Sacramento has struggled to not just find, but to really celebrate, our identity. We have grappled with an identity crisis. Whether it is our Sac’o Tomatoes cow-town roots or perceptions that we are little more than a pit stop between San Francisco and Tahoe, too often we find ourselves with a chip on our shoulder, trying to keep up with the Joneses but distracting ourselves from the fantastic, unique, comfortable city that we all share. Throughout this series, I use data to explore different aspects of Sacramento to try to help us understand — and celebrate — Who We Are. 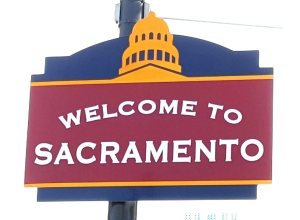 There are certain places in this country that people who are born there rarely leave. A seemingly astounding 40% of the country lives in the same place they were born. This phenomenon has been well documented by countless nostalgia-rock and country songs.


Not surprisingly, these folks cite connection to family, comfort, and a feeling of fitting in as their reasons for staying put. They tend to be less educated, but perhaps surprisingly, not lower income. They also tended to vote for Donald Trump.

Movers tend to be moving to opportunity. This includes higher educated professionals, who tend to move to higher cost urban areas. It also includes less educated folks, often leaving these same urban areas for lower cost regions with growing economies, especially in the sunbelt, or longer commutes in inland California.

Sacramento is not the top California destination of movers. Not surprisingly, dynamic Bay Area counties top the list (among larger counties). Los Angeles’ more affordable, inland neighbors, San Bernardino and Riverside have also been benefiting from the coastal housing crunch. We top other regions, though, and are above average as a destination, with 5.3% of our neighbors new to the region in the last year, compared to 4.9% across the state.

More notable, though, is the high level of immigration, combined with a relatively low rate of emigration. Other counties with a high share of movers also typically have a high share of leavers. San Francisco County averages a net domestic loss of nearly 14k per year, Alameda County nearly 2k, San Mateo County over 2k. In the Bay Area, only Contra Costa County (despite the lowest immigration rate) didn’t lose population to domestic migration. A lot of folks choose to move there – to try to make their fortune; for education; for the premium night life – but before long, many of them decide to leave, often in search of more affordable housing and a quieter place to raise a family.

Sacramento, by contrast, is a city where people choose to move and, subsequently, choose to stay (net domestic immigration of 4k per year). This author is a perfect example. Having grown up in the Bay Area and spent my college years in Los Angeles, I moved to Sacramento a bit over a decade ago. Honestly, I did not know what to expect. Aside from attending a couple of political events at the Capitol, one (perhaps) excessively enjoyable weekend with a college buddy and (naturally) driving past on my way up the mountains (as a rafter, rather than a skier), I had spent less time in our state’s capital than our nation’s. Less still in the neighborhoods beyond the domes.

No, Sacramento was never part of my plan, but life brought me here in 2006. A year later, those circumstances no longer offered any reason to stay, but Sacramento had started to grow on me. I still planned to return to the Bay Area at some point, but was in no need to hurry back. Within a few years, though, Sacramento had become home. With a good career going, I had no reason to leave. With my wife, many new friends, and involvement in a number of community organizations, I had many reasons to stay.

Sacramento has the best of both worlds. With an unemployment rate that’s better than the state average and housing prices that are still reasonably affordable, it provides an affordable home for nearly everyone. With distinct, unique neighborhoods it provides a place where everyone can fit in and feel like part of the community.

Statistics based on ACS 5-year data.

One thought on “Who We Are: A City of Choice”