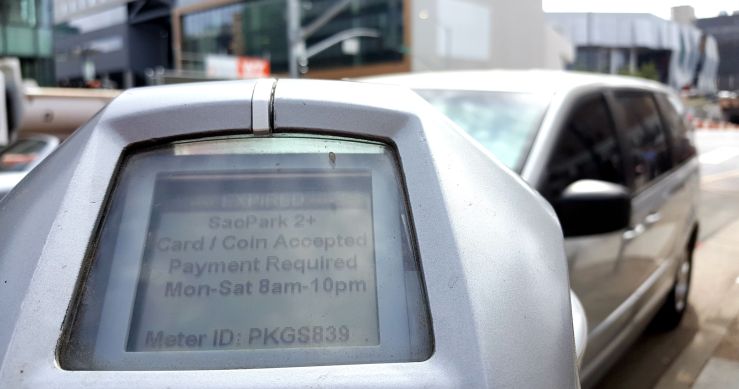 Parking “modernization” as a concept has raised eyebrows and sometimes scorn. Although presented by some as something of a free lunch (‘No New Taxes!’) in funding the Arena, the reality is that we are paying for that truly wonderful building through increased regular garage and meter rates as well as expanded operating hours and greatly increased rates during Kings games and other major events.

This was the plan our elected representatives agreed to, for better or for worse. I have found evening parking to be a pain (on the rare occasion this father of a toddler has needed it), especially the extended 2 hour enforcement. I also appreciate that funding the arena through parking revenue was a reasonably effective strategy to primarily raise revenue from the individuals who benefit from the arena itself and from surrounding developments. Moreover, it is likely the only strategy that could force regional users to pay and not allowing them to free ride on the City, as they so often are able to do.

Still, there are few things more upsetting in the moment, than returning to your car to find that you had inadvertently left it in a 2 hour zone or metered spot a little too long.

As frustrating as tickets are for those of us parking for short periods downtown before returning to our wide open residential neighborhoods, for many central city residents they are practically a way of life. Dodging street sweeping days and finding parking within the small area your residential permit covers is a challenge for lower income resident who aren’t able to afford off-street parking. Moreover, these are among the folks least likely to attend expensive games or concerts at the arena. This leads to a reasonable worry: does more difficult street parking increase costs for the folks least able to afford it? (It’s worth noting that Councilman Hansen points out that this would violate state law.)

Rather than speculate, continuing my efforts to examine potential unintended consequences of the arena, let’s look at what the data suggests.

Allaying these concerns, we find that year over year (YoY) revenue from citations has declined an average of almost 3-1/2 percent over the first third of 2017. This follows average declines of 2 percent in 2016. This suggests the City of Sacramento has not been padding its revenue and funding for the arena through increased parking enforcement; in fact, (to a small degree) the opposite has happened. Perhaps attention paid to the issue has made parkers more careful. Alternately, having more time of the week to enforce may have left the City’s 49 parking enforcement officers (the number has remained steady since at least 2013-14) spread thin. Regardless of the reason, citation revenue has been in decline the past two years.

Despite the small dip in citation revenue, overall parking “modernization” has proven fruitful for the City. Forecasting the last third of the months based on average YoY in 2017, we see revenue up over 15 percent from last year, which represented a 13 percent increase on 2015. This followed a dip in garage revenue (presumably) due to the closure and demolition of the mall and the parking structure beneath it. Over the last two years, garage revenues have nearly returned to pre-demolition levels, with the net increase in revenue driven by parking meters. In fact, the net increase over pre-arena parking levels exceeds required arena financing cash flow by 50 percent.

So perhaps you have read this far and are wondering, why the heck would he write an article that says everything is pretty much going as planned. That sure is boring. It is, but the publication of null results is vitally important. As Thomas Edison said:

Too often in research and journalism only the sexy outcomes that show surprising or upsetting outcomes get published. They make the news and drive the eyeballs but, frequently, misrepresent the overall truth.

In this case, the City seems to be doing a good job delivering the system it promised. It also did a good job in relatively promptly providing the data underlying this article. So with that, I will tip my proverbial hat, and thank the City for a job well done.